The super compact line of protein skimmers from Deltec has been cleverly designed as they can be placed well in small aquariums, or sumps. The new line with new technologies such as a d ...

Deltec is a company that has been producing Protein Skimmers for more than 25 years, and this successfully. The foams are made by hand and will last for years. The Deltec pumps have a specially loaded needle wheel, which is able to produce very fine air bubbles, Deltec also has a patent on this needle wheel. After two years of development, Deltec has now launched a new series of foams. With a self-developed pump that is extremely quiet and specially developed to produce a lot of air with low power consumption. With this, Deltec has set a new standard in the market in the field of efficiency. To obtain a good comparison with other foams, Deltec has put a new term on the market. The ETA Ratio [energy to air ratio] translated into Dutch means the flow-to-air ratio. The new foams have an ETA Ratio of 60 on one, which means that at 25watt the foamer produces 1500ltr of air per hour, compare this with the old model the converted Eheim. It consumed 36 watts and supplied 600 liters of air. This is a huge improvement.

The foamer is constructed in such a way that it is impossible not to let water that has already passed through the pump again. Only the polluted water is sucked in. This is due to the patented double chamber technology. This has given the foamer 40% more capacity and has also become a lot lower compared to its predecessors. Because the foamer draws in extremely much air, there is also immediate results.

The high quality of the MCE300 and the design of the special venturi and pinwheel produce 130 liters of air per hour. It gives the same level of performance as you would expect from all Deltec skimmers and better than any other skimmer in its class.

Foam Fractionation (protein skimming) is a process whereby protein wastes are removed from the water by differential electrostatic attraction at an air / water interface.

The patented Deltec pinwheel tears the air in the most beautiful bubbles for a maximum effect.

Deltec's MCE300 is a compact hang-on external skimmer that will fit almost any aquarium and can hang on the outside or either the aquarium or sump. It does not require an additional feed pump and is an excellent choice for those starting up in marine fish keeping.

The pump produces 130 liters of air and the skimmer is suitable for aquariums up to 320 liters depending on the stocking levels.

Deltec
View 166 other products from Deltec

When checking out for your order, choose the delivery country and the associated shipping costs will be charged automatically.
Deltec protein skimmer MCE 300 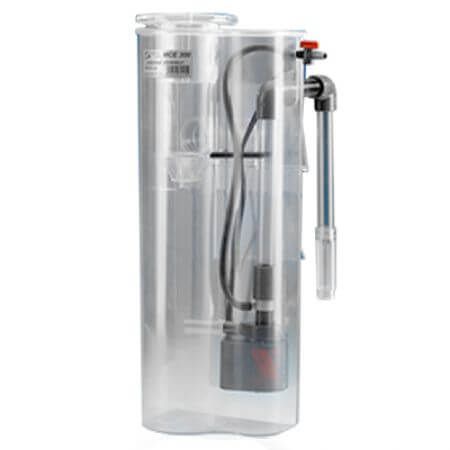 The super compact line of protein skimmers from Deltec has been cleverly designed as they can be placed well in small aquariums, or sumps. The new line with new technologies such as a double chamber and energy efficient pump, large foam cup, sound damper. Also very suitable as a replacement for a Red Sea Max skimmer, for example. Due to optimum air efficiency, the Deltec Compact foams are real powerhouses for small spaces. Deltec 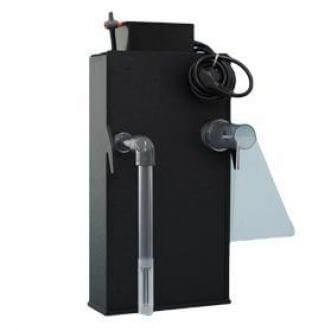 31110000 The Deltec MCE400 is the ultimate "hang on" skimmer now suitable for aquariums up to 875 liters. The MCE400 is equipped with a full-size pinwheel and generates 400 liters of air, comparable with ... 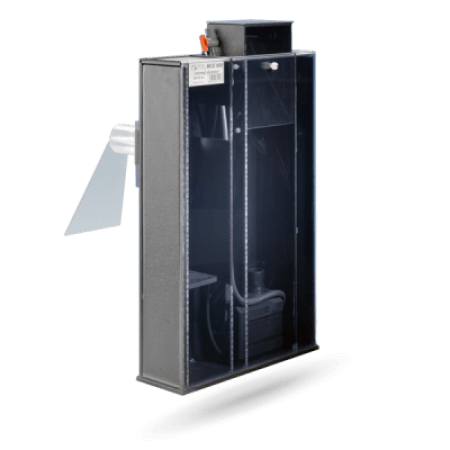 MCE-600 The Deltec MCE600 is the ultimate protein skimmer that is now suitable for aquariums up to 600 liters and has taken the market by storm since its introduction .... 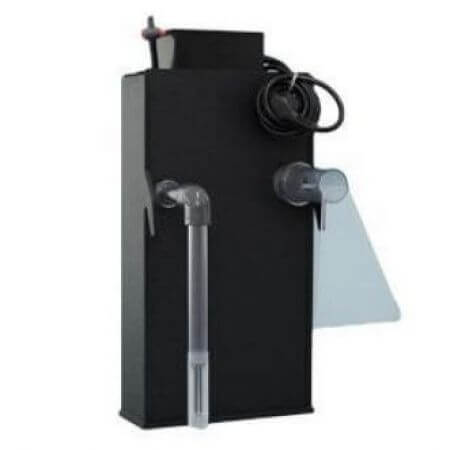 MCE401 The Deltec MCE401 is the ultimate "hang on" skimmer now suitable for aquariums up to 500 liters. The MCE401 is equipped with a full-size pinwheel and generates 400 liters of air, comparable with ... 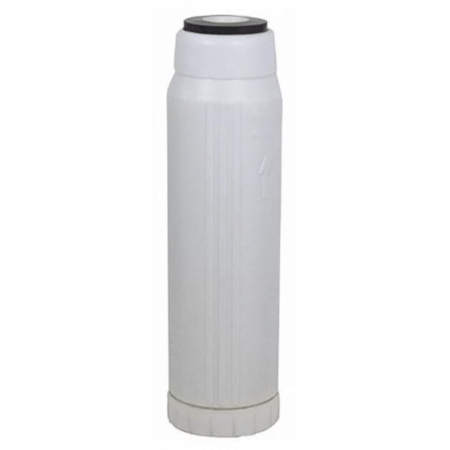 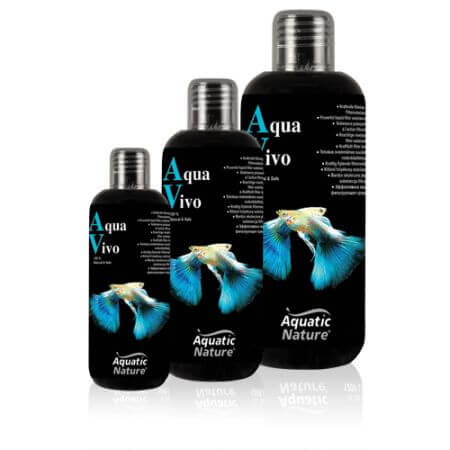 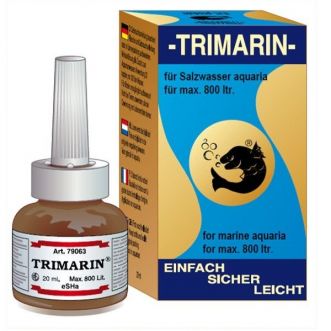 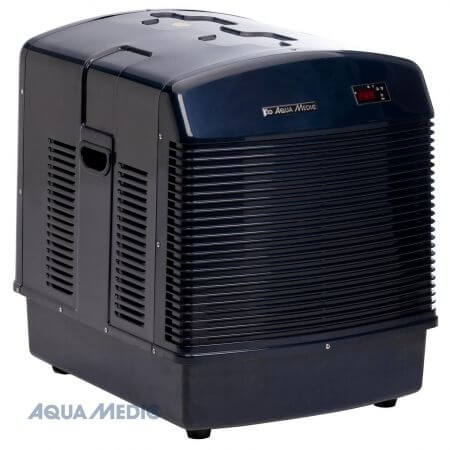 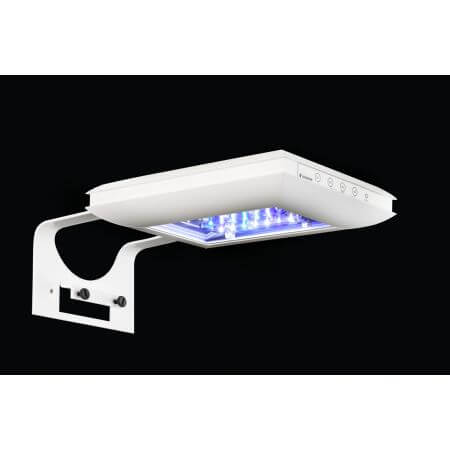 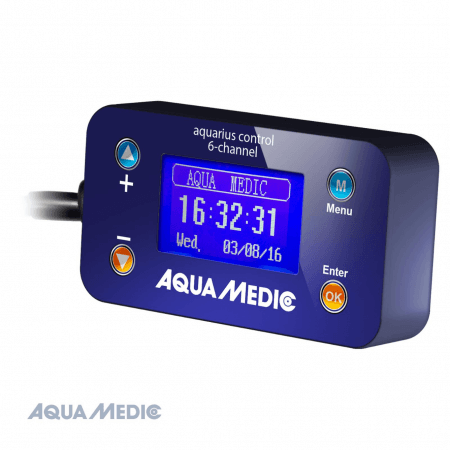